America and every other country that the Jews occupy turn the people into cultureless and valueless slaves that in turn take delight in destroying everyone elses culture and identity. They; Americans, Australians etc. identity is based on having no identity. They have spent their entire histories fighting wars to destroy Peoples and their identities.

These fast mongrelising people have no respect for independent races. The Jews have made american culture virulent opposition of all culture and all values. As a nation they serve as a culture destroying mass of racial mixtures that have already lost their origins and become American aka degenerate. The toxic American worldview summed up:

I say.. That’s because America has already been destroyed. Prior waves did not want successive waves. You are all inferior stagnated races. You need to be accepted and you all hate white people and demand everything from them. You demand multiculturalism, why can’t we be separate? Your all thieves.

It is only scum who want other scum. America should have stayed only Germanic, the others all have a lower culture, they won’t admit it. They say they make ‘valuable contributions’ but only according to them, only if you believe their ‘bullshit’ and only if you are what is called anti-white.

There are not enough Nordics to speak up for our interests. We are Nordic, that is what we want to be.

It is up to the superior race to say we don’t want you. Calls for equality and accusations of racism are mere admissions of inferiority.

Only the superior race is going to say that inequality exists. People should believe them. Every other race and every other mix will just go on lying. The tremendous danger that exists is when WE believe them either through sympathy or guilt, or only having the false teachings of the racial defiler, the Jew.

This is a terminal problem

When a mongrel propounds equality it is only a result of resentment and a want to take.

When a jew propounds equality it is a result of his persisting and ancient ‘mission’ to murder the Nordic Race and to level the world under him.

When the Nordic Race believes in equality it is a result of naivety or sympathy.

The only one to actually believe it is the unknowing Nordic.

Not the Jewish columnists, nor the mongrel. They are lying, they don’t believe in equality. They hate you. Equality is demanded by the inferior. If equality is ever carried out, it is holding back the stronger race. When the call for equality is heard, rest assured the subhuman is blowing the trumpet.

The Jews accuse us of oppression by looking at how we live and how they (the others) live. The truth is we never had anything to do with these other races and they oppress themselves. Their ancestors cursed them when they mixed the races. We do not want this fate of uselessness, patheticness, weakness, frailty and idleness to befall our offspring.

The scientific fact of racial and individual difference in humanity is always opposed and the proponents persecuted by the Jews when they infact know it better than anyone. They are fanatical preservers of their own blood. As they are a plague to the people, that can be likened to rats, it is necessary to weaken, damage and mongrelise the populace.

Racial mixing is human interference in the evolutionary process of mankind.

The upwards evolutionary segment (the evolutionary branch) of the ‘white race’, the desirable Nordic Race is about to become extinct. There will then be no progress for future of humanity. Humanity will be failed.

How Jews defile
As soon as one believes in the equality of all, the only way to explain the instantaneous inevitable differences is the flawed assumption that one group is oppressing the other. It thus becomes necessary to take. The mouth piece and the agitator behind this destructive theory has always been mans greatest adversary, the eternal Jew. For the Jew it becomes necessary to take from one group (taxes) (educational, employment discrimination, enforcing quotas) to redistribute to the others.

Most other races and certainly every other mix is not evolutionarily or eugenically created. They are evolutionary antagonists. To mix the Nordic Race is to reverse evolution. Racial mixtures are highly undesirable, grotesque, regressive, degenerate, and condoned by only the Jew, the demon who consciously works against evolution, to produce a stagnated consumer populace of mongrels dependant on him. Simply put racial mixtures are ugly, stupid, non-creative and unwanted. In short, you can ‘tolerate’ them, but there is nothing to like about them.

The Jew is something that should have been killed long ago, or else we would not have ugliness on planet earth today.

Whereas the great apes; Gorilla, Chimpanzee etc are highly attuned, highly evolved organisms for their environment, the negro next to true man (Nordic) is just a detestable joke. He possesses no intelligence and is over bred, over fed by the Jew and their Christian friends. He has been bred up and over populated, and disported all over the world, to mongrelise with the Peoples, bastardising them. The Negro originally had a low population.

We live in a situation today where the desirable evolutionary populace is so low and the unintelligent mongrel consumers swamp the planet. They continue to breed up and the future is cursed as long as they are helped.

After being saved from natural famine (humanitarian talk for not smart enough to store food) He is now saved from every disease that nature with its evolutionarily shaping intent creates to cull the stagnated and useless race. The negro possesses no intelligence and the Jew convinces us that every time they are seen to not do as well as us, this is our fault. If you say this is wrong you are a ‘racist’ and according to the Jew reinforcing the situation and its your fault the nigger is the way he is. If you blame the guilty party, the jew for forcibly merging the races you are an ‘anti-Semite’.

Yes, we are anti-Semites. There is something fundamentally disgusting about that whole group of people, that began with mongrelisation. We all do have to be if we want to survive. The middle eastern Peoples are mongrelised, defective and lacking. The Jew especially is a special humanitarian defiler, a parasite and an anti-evolutionary demon. He has latched on especially to the Nordic Race.

We are smart enough to recognise him, so what does the Jew do? He simply replaces us, while calling us evil the whole time for simply existing, and doing better than everyone else. It is important to note that asides from mongrelising the races of the world the Jew has no function, and does nothing else. Unlike every other people, he has no culture, and no natural state of existence. He is always opposing the works of others.

The Jew has an ancient hatred of the Nordic Race, he has seeked to mix us out wherever we have been.

Races originally existed to live for their culture, they produce for themselves, and individuals get on because they like each other. Jews cannot tolerate this, as a parasite they would be excluded. They have to bring everyone ‘under the rule of law’, ‘tax’ them and ‘govern’ them. Culture must be destroyed and races and racial instincts destroyed, to turn the race from a folk body living for itself to alienated individuals serving Jews. All good and original traits must be bred out.

There are nil justifications for races living together other than sympathy, and that is pathetic and anti-evolutionary.

Jews will label all people with organic instincts ‘prejudiced’ ‘bigoted’ ‘ignorant’ ‘evil’ ‘racist’ ‘sexist’ ‘twisted’ and their actions ‘repugnant’ ‘repulsive’ ”disturbing’ until these strains and these individuals are gone and all hope of higher life away from the Jew is gone. As there is no good thing about the Jew the Jew will preserve himself by labeling anyone ‘anti semitic’ who blames the Jew and brings him to account. All strength will be bred out by labeling it ‘oppressive’, every time one person does better than another it will be called ‘unfair’. The Jew will sit at the top and distribute. Humanity is then bred by the Jew as a herd animal, goyim, as it says in their Talmud.

Any organic race that accepts the Jew in its living sphere has this as its fate.

‘Economic competitiveness’, ‘multiculturalism’ and ‘liberalism (no values allowed) and pluralism in a democracy await any folk and make genetic decline and death inevitable.

We believe in the Nordic Race. We should live on our own. Mixing with anyone else would be devolution and a curse leaving our descendants a poverty-stricken existence of stupidity and a life of misery (think the life of any half-caste nigger regardless of country where mongrelisation has set in, South America, USA etc.)

They can complain and accuse us of ‘privilege’ and ‘evil’ as we do better than them again as much as they like, but can they outdo us and do we want to be around them? The answers to these questions will make whatever they think about us irrelevant.

The Nordic Race is the highest evolved species on the planet. We evolved desirably to a standard maintained by discrimination. The other races and especially the Jew do not to well under discrimination. They complain and it makes them cry. Evolutionary laws are our laws and we are happy to do away with what is not good, instead of tolerating everything like our enemies want us to.

We want to get back on our path and we want the demon spawn Jew gone so Speciation can again occur. 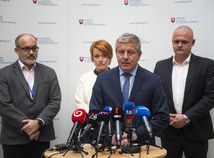 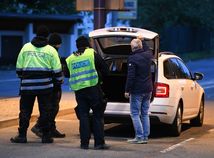 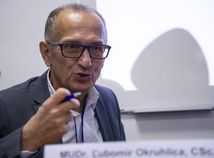 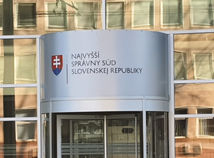